“This is a superb novella and Jan Edwards packs a multitude of delights into its eighty-six pages. The sense of place is brilliantly done, evoking both the glamour and the intrigue of the Parisian entre-deux-guerres epoch, while still retaining a wry contemporary sensibility. Letitia/Yolanda is an appealing and fascinating creation and her double life nicely sets the tone for a tale where most of the other characters have alter egos and/or hidden agendas. The shift from the world of espionage, political unrest and the emerging struggle between fascists and communists, towards a hidden conflict between occult forces and creatures is tensely and subtly done and while the experienced horror reader may predict a certain direction when Yolanda finds a box of silver bullets, Edwards is too well versed in the supernatural to confine her tale to lycanthropy alone, although, fittingly for a tale set in France, the legend of the Loup-garou does indeed feature.”

Reviewed by Con Connolly in Phantasmagoria 15. Check out the full review on the books page, here.

Horror like any genre has some extremes. It could a gentle scare to full-on bloodbath. Sometimes reading helps you work out where your boundaries are or how far into the deep waters I’m prepared to go before turning back. The second Alchemy Press Book of Horrors managed to do just that as many of the stories were brilliantly done but blimey there were often chilling.

So if you’re feeling ready for rich darkness here are a few of the tales in the collection I got struck by ‘Beneath Nambian Sands’ by Pauline E Dungate. This is a atmospheric tale of someone trying a rescue mission in the desert. Its clear something weird has happened but Dungate winds up tension to the last possible moment. And then bloodily unleashed.

‘Promises’ by Nancy Kilpatrick. This story in the collection that tells of love, loss and Whitstable. Horror movie fans may recall it’s famous resident. Melancholy and strange with a haunting ending.

‘The Secret Place’ by Samantha Lee. A mother and her daughter move to a old house or a writing retreat. The daughter left to her own devices make a new friend but tragedy is coming, This story is dark and unfair and chilling all at once. You’ll feel a shiver in the end.

‘Lirpaloof Island’ by Garry Kilworth. This story is dark comedy tale of an office prank that goes awry with deadly consequences. It mixes the absorb and the horror skilfully.

‘The Hate Whisperer’ by Thana Niveau. A really cold story where a young woman investigates how certain people when photographed experienced a massive and deadly change in their personalities. Nasty events spiral and the end is shocking and bloody.

‘We Do Like To Be Beside’ by Peter Sutton. A summer horror holiday that covers a nasty nightmare and that plays with the desire to be free of our families in a very unpleasant way. Great sense of building horror for the incident child experiencing events.

‘Footprints in the Snow’ by Eyglo Karlsdottir. This tale mixes a weird world event with family grief. The dead can return when it snows and now snow can happen at any time. A mother finds her dearest wish can be deadly. Unsettling and bittersweet.

A collection with many strands of horror in there and I think gives a variety of experiences but when it wants to get its teeth into you it does. A set of tales I think seasoned horror fans will enjoy a lot.

For more info on this anthology check out the Horrors 2 page. The Alchemy Press Book of Horrors 2 is available in eBook and print formats from the usual suspects.

THE ALCHEMY PRESS BOOK OF HORRORS 3: A MISCELLANY OF MONSTERS

Monsters are many things. They come in all forms, shapes and sizes: from to the tiny to the titanic; from amorphous blobs to many limbed (or tentacled) monstrosities; from supernatural demons to man-made terrors. They come from any place and time: from under the bed to the woodshed; from the icy wastes to the darkest jungles; from the depths of the ocean to outer space; from the past, the future, the now!

We are looking for stories featuring monsters for The Alchemy Press Book of Horrors 3: A Miscellany of Monsters to be edited by Peter Coleborn and Jan Edwards. To get a flavour of the type of writing we prefer, we suggest you check out volumes 1 and 2 of the series, available in print and eBook formats from Amazon and other sellers.

Check the above link for further details. 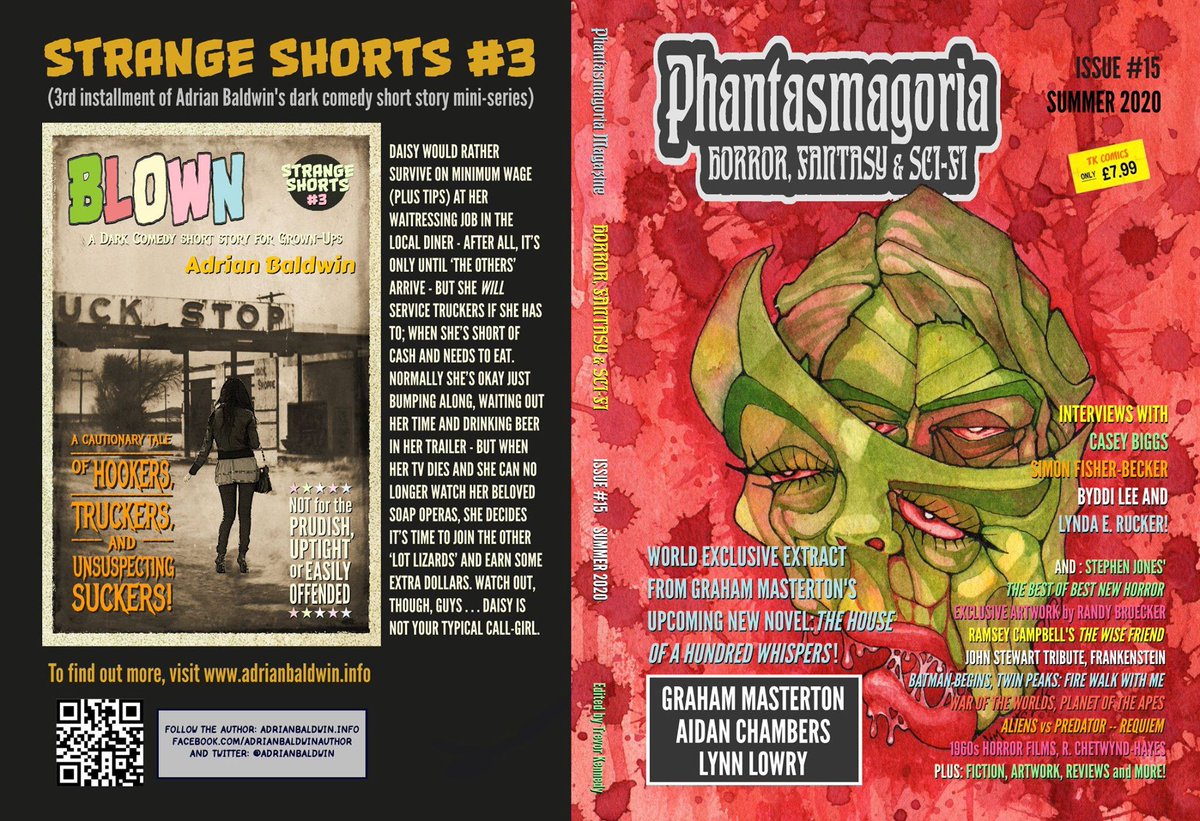 Two novellas are now available from The Alchemy Press:

A Small Thing for Yolanda by Jan Edwards

The Métro Murder is one of the most famous unsolved crimes of the 1930s. Who was Laetitia Toureaux? What were her links within the murky world of spies and secret political movements? All of those things remain shrouded in mystery, despite the fact that her movements on her final day are well documented. How was she stabbed to death in an apparently empty Métro carriage? And by whom? A Small Thing for Yolanda offers one potential solution.

Both novellas are available in print and eBook formats (Kindle, Kobo, Apple).

Unfortunately, due to the coronavirus pandemic there appears to be issues with the books appearing as in-stock on sites such as Amazon. Also, the prices may be incorrect. Both should be £5.99 each (print) and 99p as an eBook.

Tonight at 7.00 p.m. (UK time) we launch two new books, Talking to Strangers and Other Warnings by Tina Rath and The Alchemy Press Book of Horrors 2 edited by Peter Coleborn and Jan Edwards. Because of the covid-19 lock-down it is an online launch on Facebook.

Tina Rath’s twenty-plus tales exhibit an innate sense of structure that allows for a satisfying conclusion – and often a sting in the tail. These are unashamedly entertaining stories, dark fantasy with a touch of humour, that display a deftness of touch inviting us to enjoy the words on the page. They don’t outstay their welcome or labour their points because they don’t need to – Tina Rath knows how a story works. And they work well. Very well indeed. With an introduction by Gail-Nina Anderson.

We’ll also be showcasing two novellas due at the end of April: Les Vacances by Phil Sloman and A Small Thing for Yolanda by Jan Edwards.

Join us on Facebook here for the event and quiz — there will be prizes!

Talking to Strangers and Other Warnings by Tina Rath

The Alchemy Press was intending to launch a couple of titles at this year’s Stokercon later this month. But it is not to be. Alas, Stokercon has been postponed — it’s that cursed covid-19 virus to blame.

And so it’s IT to the rescue. If you are on Facebook pop along to the online launch event and say hello to some of the books’ contributors. There will even be a prize or two…

The Alchemy Press is delighted to publish Les Vacances by Phil Sloman, as a stand-alone novella. Due at the end of April.

Talking to Strangers and Other Warnings

The new collection from Tina Rath due on 16th April.

Tina Rath’s twenty-plus tales exhibit an innate sense of structure that allows for a satisfying conclusion – and often a sting in the tail. These are unashamedly entertaining stories, dark fantasy with a touch of humour, that display a deftness of touch inviting us to enjoy the words on the page. They don’t outstay their welcome or labour their points because they don’t need to – Tina Rath knows how a story works. And they work well. Very well indeed.

With an introduction by Gail-Nina Anderson

Available for pre-order from Amazon.co.uk and other stores.